This page will serve as a living document where I (Matthew) will put my quick reviews of narrative scenarios that I have played, as well as suggested changes to them.

Remember however, that no matter how well written a scenario is written, a player (or players) who try to break the balance of that scenario will ruin it.  Narrative scenarios require both players to understand what is trying to be accomplished, and to play to that.

Having said that, certain scenarios work better "as is."  I rank those scenarios higher, while those that require more house rules are ranked lower. 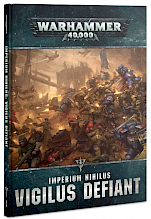 This scenario is lots of fun, but as is doesn't make for much of an "escape" scenario.  I would suggest the following changes:

I love the wacky concept of this scenario, but it needs lots of work to really shine.  Here is what I would change: 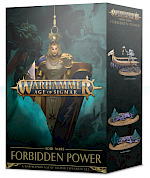 This scenario was a lot of fun, but it definitely doesn't work as intended.  Because the attacker deploys so close and gets first turn, it quickly turns into a fight in the middle with little to no chance of the defender getting off the table.  This doesn't mean it is unbalanced as the defender can still win the fight and then move off, but it doesn't accomplish what it sets out to do.

Disclaimer:  We only played this with two players.  If I played it with four players it would probably play a lot better.

The main issue I have with this one is that the main objective of destroying the Penumbral Engines is too easy.  I feel like there should be more objectives (maybe 4?) that need to be destroyed.  Having one centre objective to hold at the end is fine though, given that it is meant to be a 4 player FFA, and that you are supposed to measure from the entire piece of terrain, allowing for more models to get close to it.